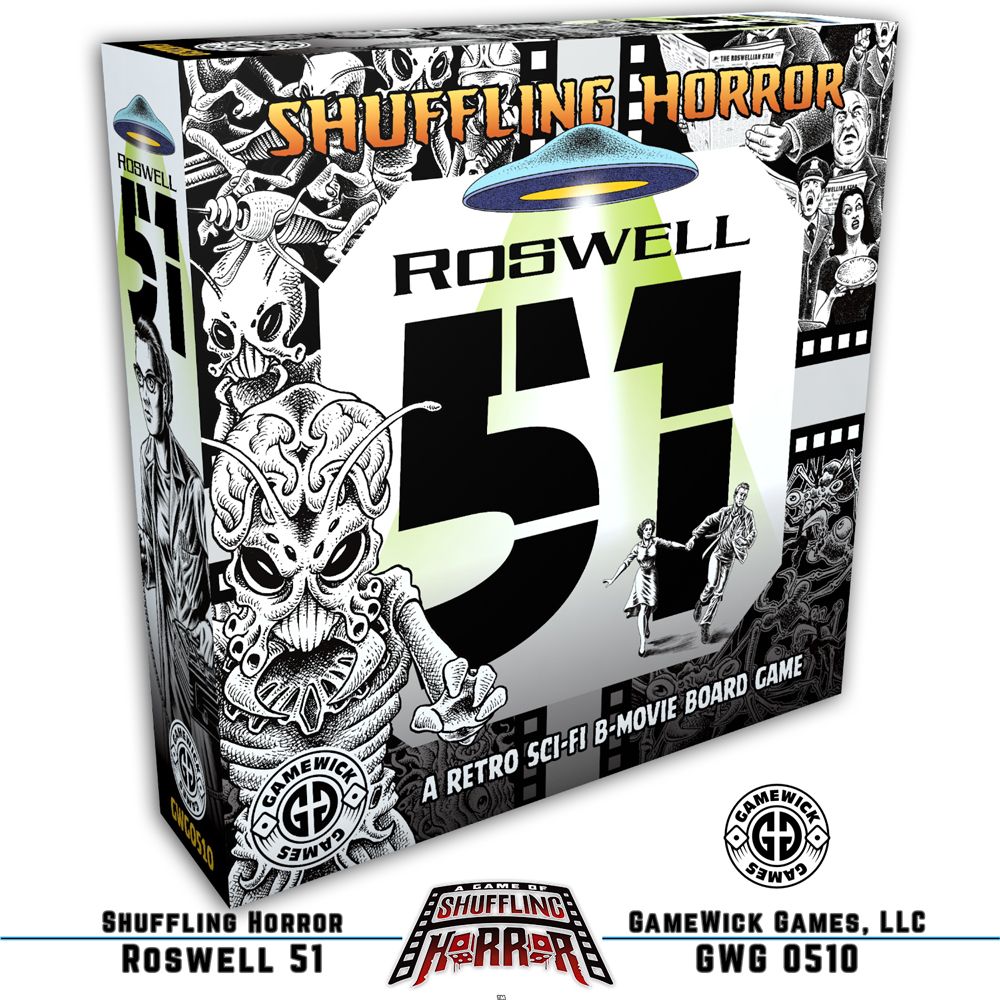 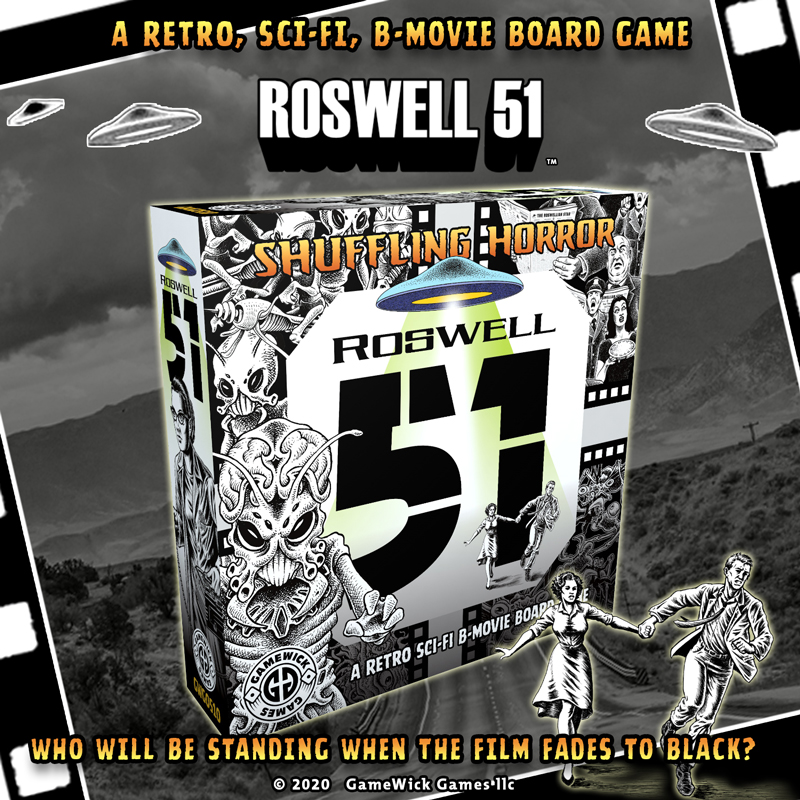 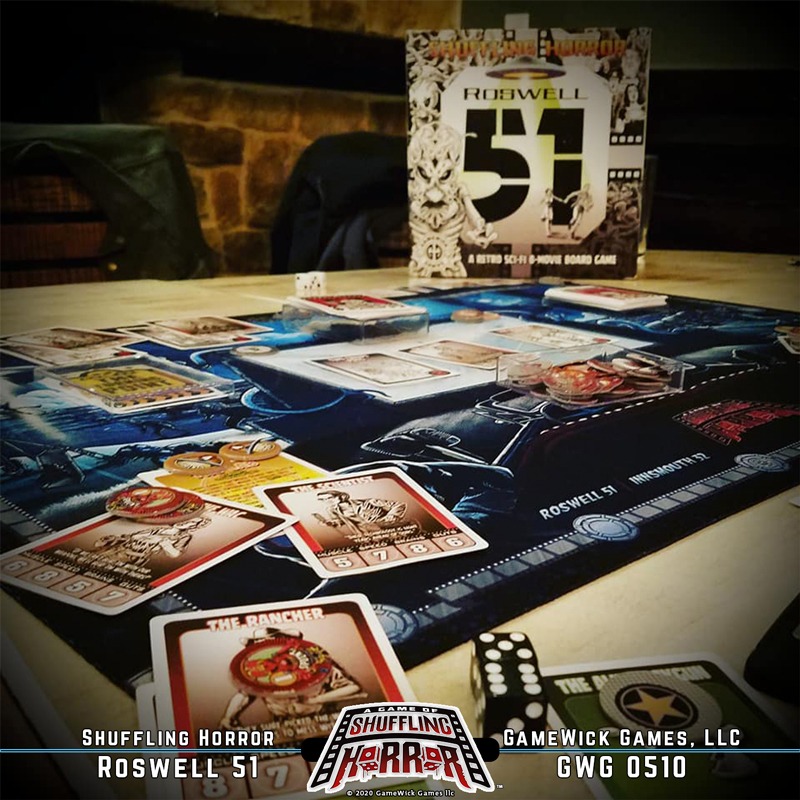 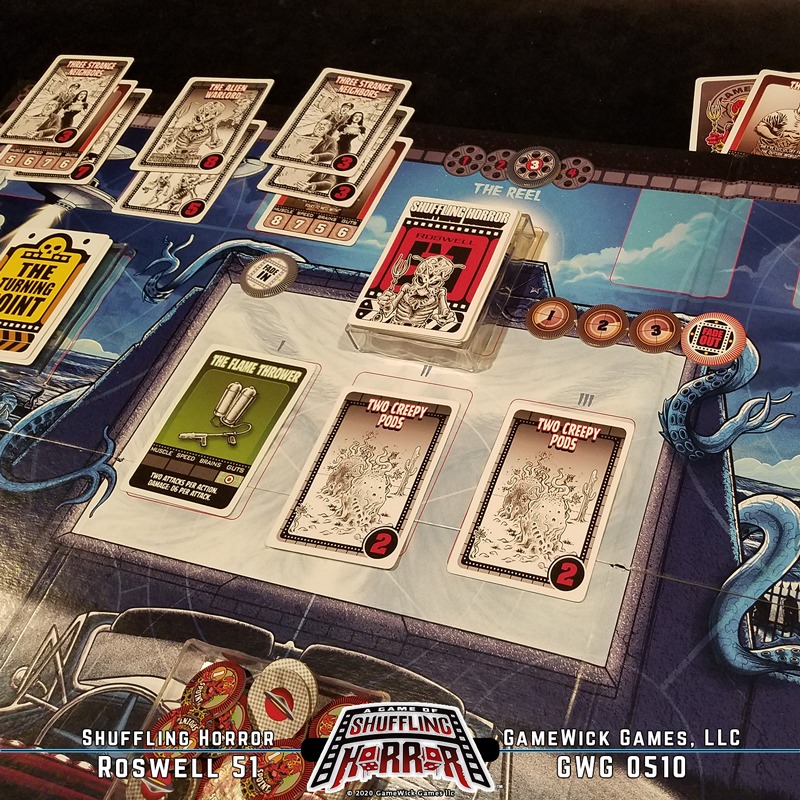 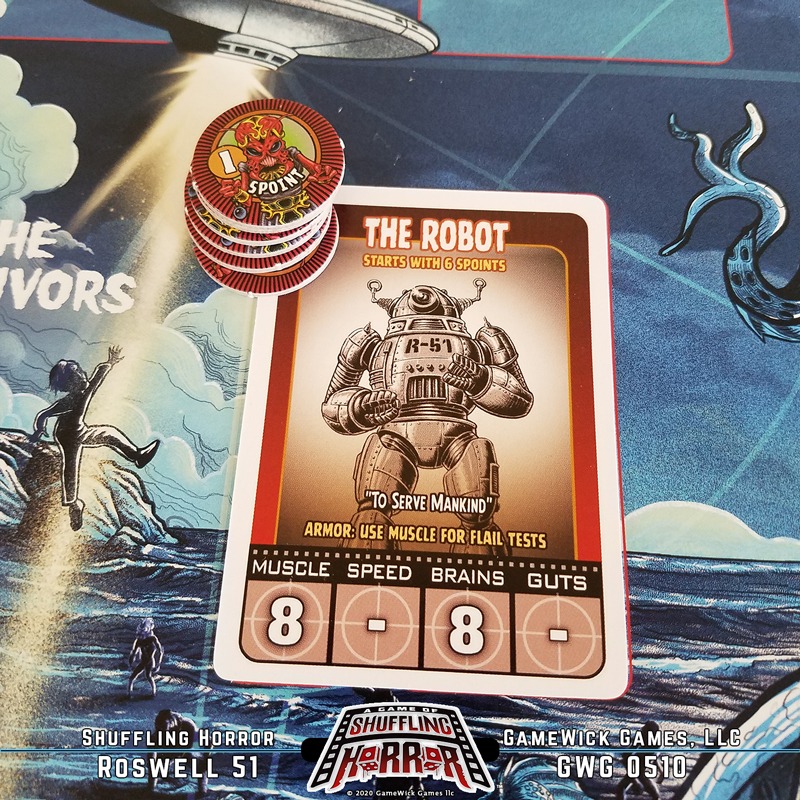 The aliens have landed in Roswell–and this time it’s for real! One player is the Director and the rest star as Survivors who must defend their town from the craziest mash-up of outer space invaders ever to appear on the silver screen. With each and every turn, a central dealt hand of cards reveals helpful resources, terrible encounters, and unexpected plot twists. Do the players have what it takes to stop the invasion-or will they all just end up as pod people?

B-movie horror awaits in this fast-paced, cinematic card and dice game. One player takes on the role of the director, a narrator/dealer who must be familiar with the rules of play and the movie deck card types. All other players star as the movie’s cast who must fight for their lives to make it out alive. A cooperative game until it’s not, eliminated players join the Director’s team as creepy pod people, now playing against their former allies!

No prior knowledge/experience with the Shuffling Horror system is required for the players, making Roswell 51 a great way to introduce new players to horror/sci-fi boardgames. As much fun as watching an old 1950s B-movie, except you’re the stars!

Just who will be standing when the film fades to black... 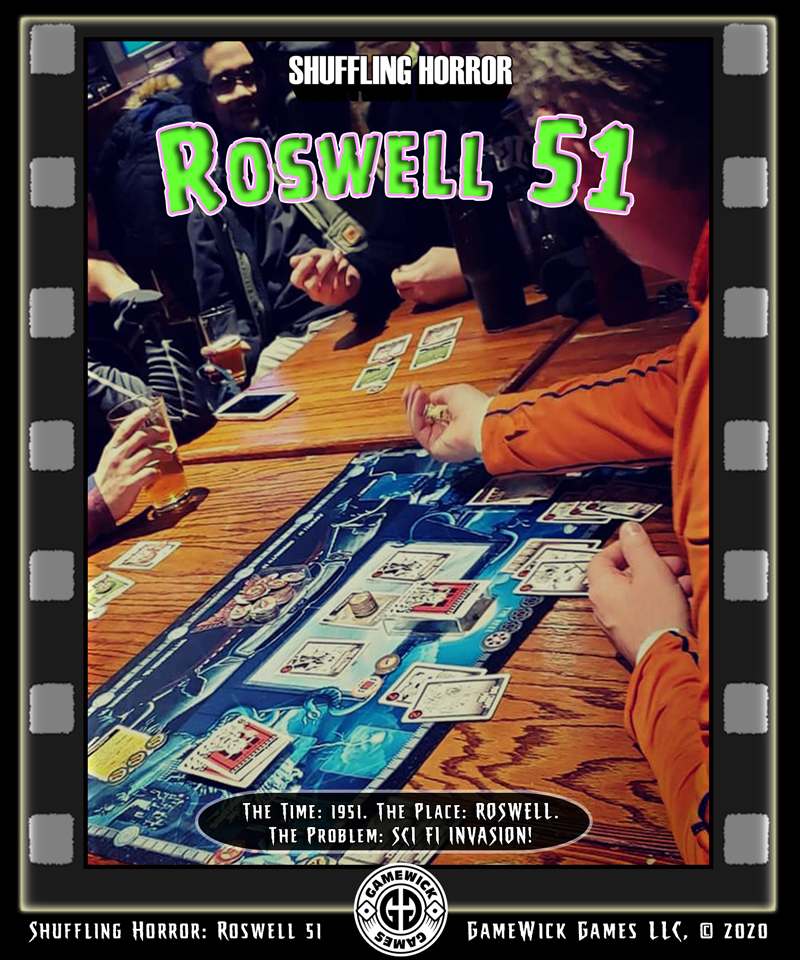 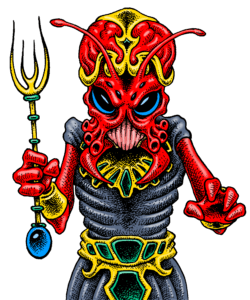 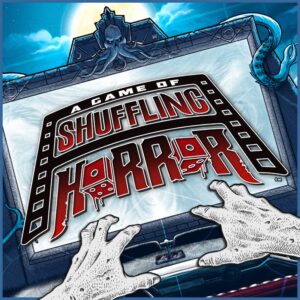 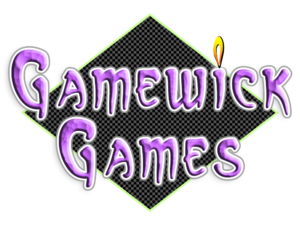